The Irkut Aircraft Corporation, the developer of Russia's new passenger aircraft MS-21-300, has released a video of the airliner's flight. 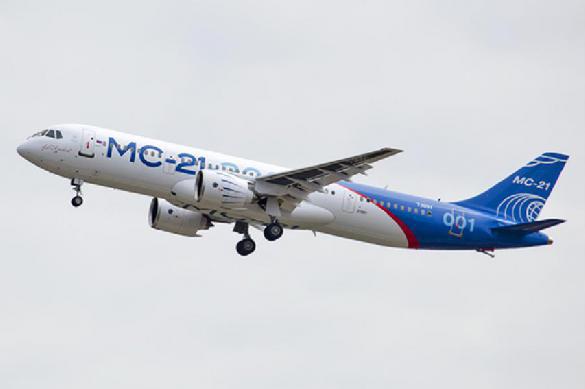 The aircraft made a non-stop flight from Irkutsk to the Ulyanovsk-Vostochny airfield. In Ulyanovsk, the plane will be painted in accordance with serial technologies, and the airliner will fly over to the airfield in Zhukovsky near Moscow to continue the tests.

Russia's new short and medium-haul narrow-body passenger aircraft MS-21, which means the "Mainline  Aircraft of the 21st Century" is designed to carry up to 211 passengers to a distance of up to 6.4 thousand kilometers.

The aircraft went on its maiden flight in May 2017. The MS-21 uses many Western technologies and components, such as, for example, US-made engines PW1000G, which are planned to be replaced with Russian PD-14 engines.