Russia's new nuclear submarine Belgorod was launched at Sevmash submarine making factory in Severodvinsk on April 23. The submarine will be the first carrier of Russia's new ominous weapon - the Poseidon underwater drone. The underwater vehicle can be equipped with both conventional and nuclear munitions to strike aircraft carrier groups, coastal fortifications and infrastructure. 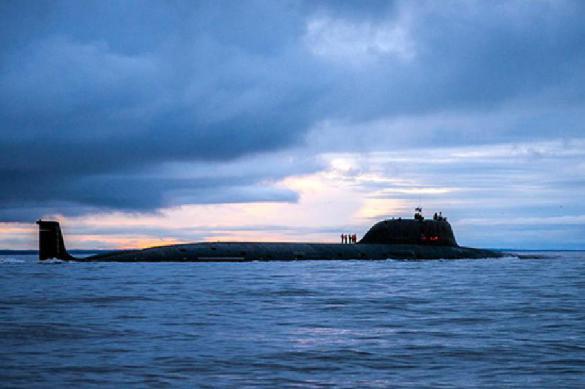 The submarine and the Poseidon drones will undergo tests for two years before they can officially join the Russian Navy.

The Poseidon underwater drone is capable of carrying nuclear and conventional munitions at large depths at a high speed. The Belgorod submarine is a revised project of Antey 949A multi-purpose nuclear submarine similar to the Kursk nuclear-powered sub.

Military experts believe that Russia can use the Poseidon underwater drone only in the event of nuclear aggression against Russia as a retaliatory strike. The drone is very hard to detect as it can travel at large depths and build unpredictable routes.

Can Russia's Poseidon torpedo cause NATO to fall apart?
Author`s name: Editorial Team
Politics
What to expect from Putin's Address to Federal Assembly on September 30?