When working on the project of the new fifth-generation Russian fighter jet, engineers have used a whole bunch of innovative solutions and technologies. There's the thrust vector control systems, hypersonic missiles, beam quarter and rear quadrant radar and other technological solutions. 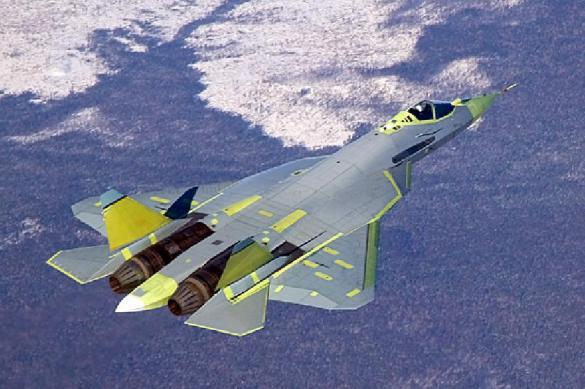 The 4 ++ generation Su-34 supersonic fighter-bomber, which was passed intro service in 2014, significantly surpasses its foreign rivals, - but the Su-57 is far superior to the Sukhoi Su-34.

A system of controlled counteraction to infrared weapons is a new technology which can save the life of the pilot and the fighter jet itself.

Like other fifth-generation fighter aircraft, for example, the F-22 Raptor, the hull of the Russian fighter is equipped with a missile attack warning system. Yet, in addition to pure attack detection, the Russian aircraft also has special turrets designed to "blind" the infrared homing head of enemy's missile. The technology uses the laser beam for the purpose. This difference between the Su-57 and the F-22 gives the Russian fighter an obvious advantage both in air combat and in overcoming enemy air defenses.

Laser turrets sit behind the pilot's cockpit in the upper part of the fuselage and beneath it. Russian designers created compact laser emitters on trainable turrets.