The new Russian manned spacecraft Federation, which is going to be renamed because its name sounds too girlie in Russian, will not be used for flights to the International Space Station. Instead, the spaceship will fly to the Moon and in deep space, the head of the Russian Space Agency Roscosmos Dmitry Rogozin, told reporters. 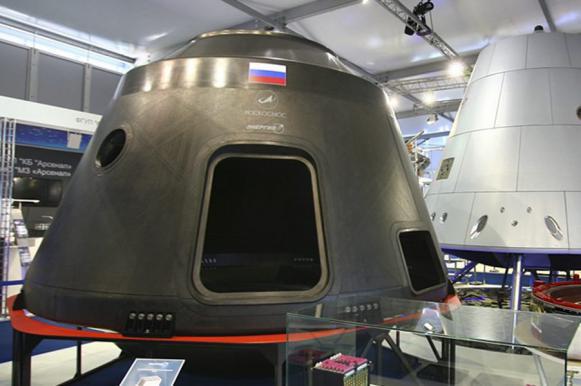 The flight tests of the new Russian spaceship are to start in 2022. It will be a heavy, reusable ship with enhanced thermal and radiation protection. It will be too costly to use the ship only for flights to the ISS given that Soyuz spaceships will continue their mission as before, the official said.

Roscosmos chief Dmitry Rogozin also said that the corporation would like to rename the spaceship because the name Federation sounds too girlie in Russian. Mr. Rogozin would like the new spaceship to carry a strong masculine name instead which is yet to be picked.