The first RD-171MV engine for the Soyuz-5 spaceship was assembled at Energomash research and production complex near Moscow. The engine is currently being prepared for trials. Dmitry Rogozin, the head of Russian Space Agency Roscosmos said that this rocket engine in second-to-none. 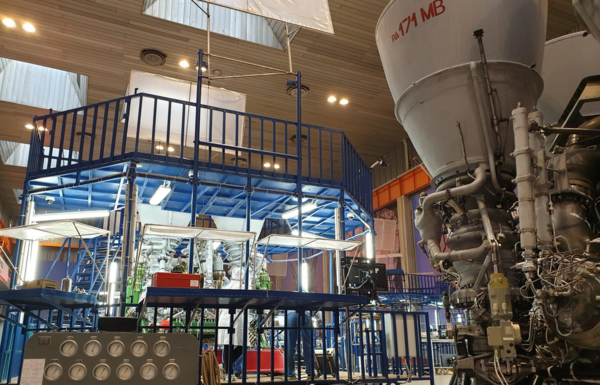 The RD-171MV engine was developed on the basis of the RD-170, the most powerful liquid engine in the world, the modifications of which were used in the Soviet super-heavy rocket Energia. The RD-171MV uses only Russian elements.

The development of the new Russian rocket based on the Russian-Ukrainian Zenit rocket began in 2016. The carrier will be capable of delivering up to 17 tons of payload into low near-earth orbit, and up to 2,5 tons  - into geostationary orbit.

The cost of the Soyuz-5 launch is believed to be around $60 million. Roscosmos believes that the new Russian rocket will become competition to Elon Musk's Falcon 9 and European Ariane 6 rockets.