Russian heavy assault unmanned aerial vehicle (UAV) Okhotnik which translates as Hunter into English, is equipped with a state-of-the-art multi-function radar with an active phased antenna array, specialists have assumed after analysing pictures of the drone that have recently appeared on the Internet. 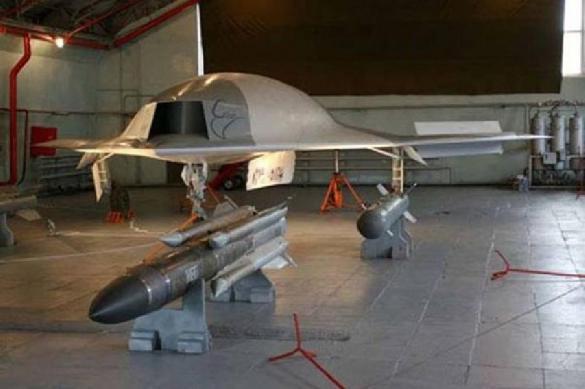 In December 2018, Russian Deputy Defence Minister Alexei Krivoruchko said that the Hunter would go on its first flight in the spring of 2019.

In November 2018, the Okhotnik was rolled out along the runway of the Novosibirsk Aviation Plant for the first time.

Russia's new unmanned aerial vehicle was named the prototype of the sixth generation fighter. In the USA, the Russian innovation was considered an invention.

The news about the development of the "Hunter" drone appeared in 2012. It was said that the UAV was being developed by Sukhoi and MiG design bureaus. The 20-ton aircraft made in the shape of a flying wing will carry modular equipment, which makes it possible to change the payload depending on the type of the combat mission. The drone may develop the maximum speed of 1,000 kilometers per hour and is believed to go into service by 2020. The project budget is estimated at 1.6 billion rubles.