Russian Space Agency Roscosmos has unveiled the concept of a new spaceship equipped with a compact nuclear power plant. The concept is available on the official website of the agency. 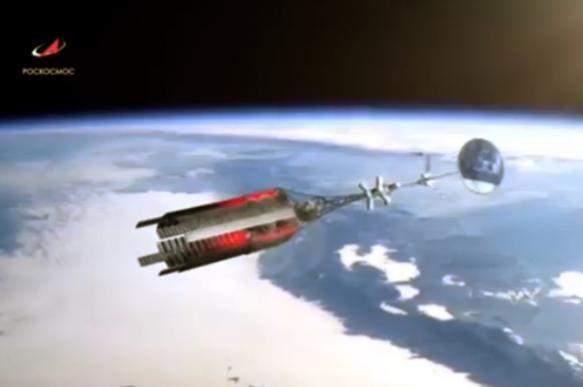 Russia has been developing an energy module on the basis of the megawatt-class nuclear power plant since 2010. The nuclear engine is being developed at the Keldysh Center and companies of the Russian Atomic Energy Agency (Rosatom). Arsenal Design Bureau is in charge for the operation of the nuclear rocket engine in space.

"Today, the Keldysh Center is working on the development of a spacecraft equipped with more powerful engines - a new class of nuclear power units, which do not need either the sunlight or solar batteries for operation," Roscosmos officials said.

Earlier, officials at the agency said that Russia was developing a real engine designed for  interplanetary and long-distance (interstellar) flights.

This is not the first time when Russia and the USSR use nuclear power plants in space projects. For example, 32 spacecraft equipped with thermoelectric nuclear power units had been launched into space from 1970 to 1988. In addition, the USSR had been testing a nuclear rocket engine at the Semipalatinsk test site from 1960 to 1980.

However, a nuclear spaceship for manned flights into deep space is a matter of the future. The reactor, the engine, and the cooling system are ready, but scientists still need to ensure the safety of the crew who would fly in such a radioactive spaceship. Currently, one would need to make the lead coating several meters thick. This makes the spaceship incredibly cumbersome and expensive. However, as soon as mankind invents a light and durable material as protection against radiation, it will be possible to create a manned nuclear spacecraft. In the meantime, one can only talk about a project for the construction of the remotely-controlled nuclear-powered cargo spacecraft.