The flights of all Soyuz-FG booster rockets have been suspended for the time of the investigation, in which specialists will look into the causes that resulted in the accident during the launch of the Soyuz MS-10 rocket to the International Space Station on October 11. 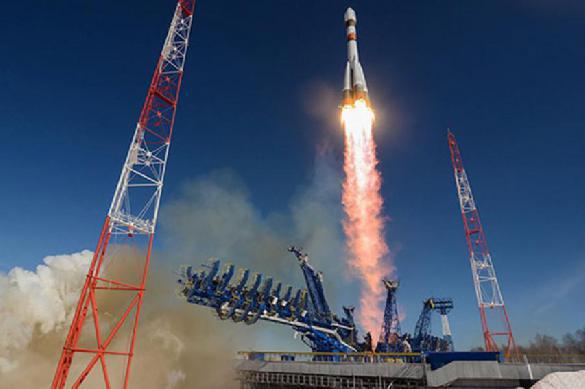 "Roscosmos will inspect all elements of Soyuz-FG launch vehicles that remain in storage," a representative of the agency said.

The Soyuz-FG launch vehicle with the Soyuz MS-10 manned spacecraft on board blasted off from Baikonur cosmodrome at 11:40 Moscow time. Russian cosmonaut Alexei Ovchinin (commander of the Soyuz MS-10) and NASA astronaut Nick Hague were on board the ship on their way to the ISS.

During the flight, an emergency shutdown of the engines of the second stage of the launch vehicle occurred, and the crew switched to the ballistic descent mode. The Soyuz MS-10 landed successfully in the steppes of Kazakhstan. The crew were evacuated from the rescue capsule, they remain in satisfactory condition. Paramedics said after examining them that the two men were as fit as a fiddle. "They drink tea and joke," a Roscosmos official said.

The Soyuz is the most reliable of the family of rockets designed in the USSR. The first manned launch of the Soyuz rocket was disastrous, though. On April 23, 1967, the parachuting system of the Soyuz-1 spacecraft failed, having killed cosmonaut Vladimir Komarov.

Previously, there was only one accident that occurred to Soyuz booster rockets during takeoff. On April 5, 1975, the Soyuz 7K-T N39 spacecraft was launched with cosmonauts Vasily Lazarev and Oleg Makarov on board. An accident that occurred during the launch of the third stage of the rocket prevented the ship from entering orbit. The flight lasted for 21 minutes and 27 seconds and ended 1,574 kilometres from the launch pad, in the Altay region. The cosmonauts were evacuated the next morning from the landing site by helicopter. Experts determined that the accident occurred due to a malfunction in the opening mechanism between the second and the third stage.

The Soyuz rocket family has thus seen 130 successful launches, two catastrophes, and three accidents without casualties. For the Soyuz-FG rocket, the launch on October 11, 2018 was its 65th. All previous 64 launches that have been conducted since May 20, 2001, were successful.

It is worthy of note that Russia no longer produces Soyuz-FG booster rockets and is planning to cease their use in 2020.