Tupolev Design Bureau has published the description of its new civil supersonic aircraft. 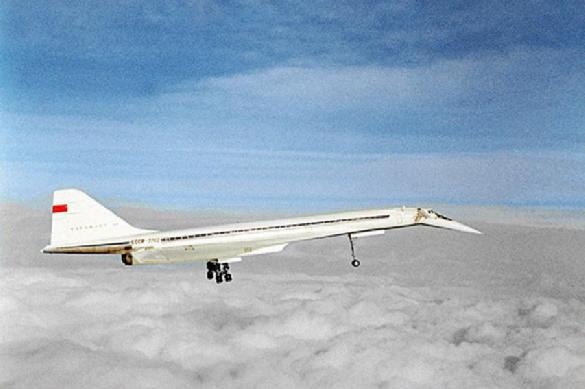 According to senior representative of PJSC Tupolev, Valery Solozobov, in particular, the aircraft will be able to reach the speed from 1,500 to 1,900 km/h  at an altitude of 11 km. The take-off weight of the aircraft is 70 tons. It  was said that there will be about 30 seats in the cabin.

However, developers still have to work together with leading institutes of Russia to solve the main problem of supersonic aviation - overcoming the sound barrier.

There are two models - with a fixed and variable geometry of the wing. The latter will enhance take off and landing performance. It was reported that the new supersonic aircraft would cost a little more than the subsonic Tupolev-214 - about $28 million.

The last supersonic airliner Tu-144 was decommissioned due to financial problems in the 1980s.

In late January of 2018, Russian President Putin suggested resuming the production of supersonic civil aircraft on the basis of the strategic missile carrier Tu-160.

Russia creates new Tu-160 hypersonic passenger airliner
tu-160 tupolev supersonic aircraft
19:44
Europe unhappy with both too much and too little gas from Russia
17:04
Americans fear Sukhoi Su-57 will 'kill their F-35
16:14
Russian Ka-52 combat helicopters intimidate Turkey with 'death carousel'
13:44
Michelin brings its stars to Moscow for the first time in history
19:33
Will the Russians vote for Putin in 2024?
16:09
Turkish army prepares to invade four Syrian cities
14:57
Russia to resume air traffic with 13 countries in early November
14:07
Russia records largest number of COVID-19 cases since pandemic start
13:13
Turkish national currency falls to record low against US dollar
21:31
Why did Moscow welcome its enemy Nuland?
Health
Four mutants of the coronavirus