Russia tests active exoskeleton for soldiers of the future

Russia has tested the active exoskeleton, which enables its user to use only one hand when shooting from a machine gun. In addition, the exoskeleton enhances user's physical capabilities, chief designer for life support systems for military personnel Oleg Faustov said. 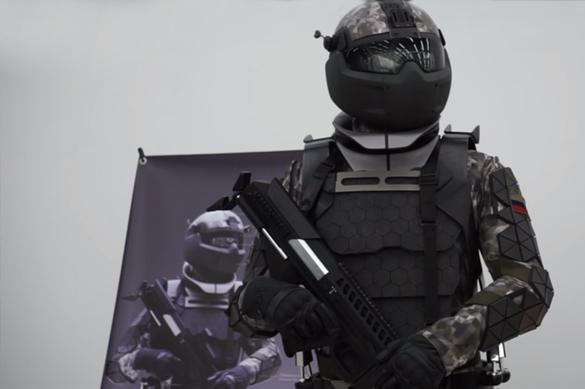 During the tests, the operator fired a machine gun with the use of only one hand and destroyed targets accurately. In the near future such an exoskeleton will enable a soldier to carry more equipment, to move faster and improve the level of execution of combat missions.

The chief designer also said that the main problem to create such exoskeletons was the development of batteries that would have required characteristics. The battery is yet to be developed, and Russian scientists already work on the problem, he added. It is believed that the active exoskeleton will become part of Ratnik-3 third-generation military equipment by 2025.