Scientists unveiled a few curious details about the skeletal remains from the black sarcophagus that was found in Alexandria, Egypt. 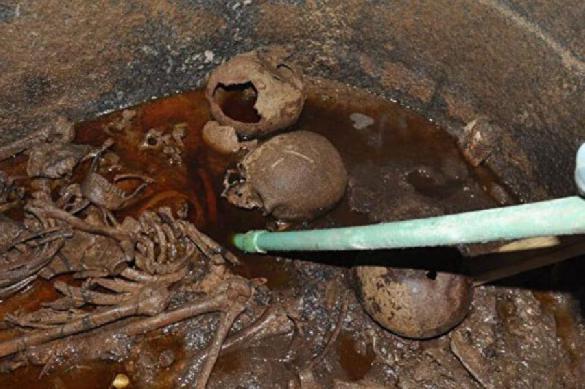 The head of the Council on Antiquities, Mustafa al-Waziri, said that the dead individuals, most likely, had been buried in two stages. The remains of one of the men show that he had had a skull injury. The scientists could establish that the man most likely had received cranial surgery as he had lived for many years after the surgery.

Having studied the placement of the mummies in the sarcophagus, the scientists will proceed to analyzing their DNA. The analysis will make it possible to establish the relation between the deceased. Specialists will also analyze the liquid sewage inside the sarcophagus.

The sarcophagus of black granite was found in Alexandria during construction works. It is believed that the finding is more than two thousand years old.