An international team of archaeologists from Ukraine and Poland found burial sites near the Dnieper River. In one of the graves, researchers unearthed the skeleton of a woman buried about 5,000 years ago. 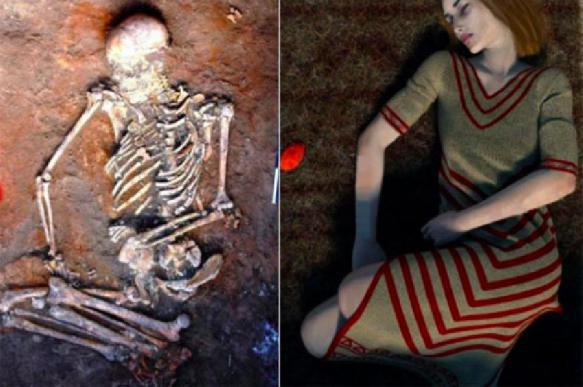 The archaeologists concluded that the mysterious markings on the bones of the deceased designated  her high position in the community. It is believed that the woman was buried when she was 20 or 30 years of age.

The peoples of the areas, where the burial sites were found, used to lead a nomadic way of life. For this reason, archeologists have not discovered remains of their homes.