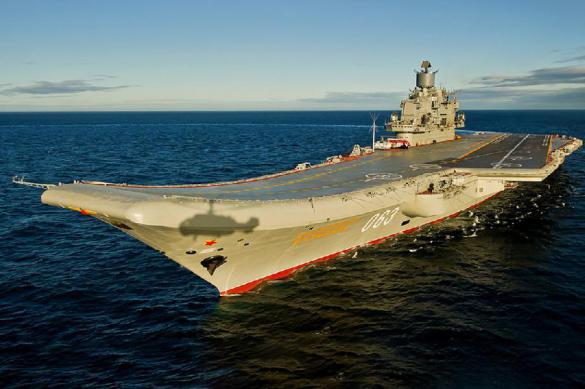 According to The National Interest, the Admiral Kuznetsov surprisingly remains operable. The publication notes that Russia will have to invest a lot to bring its only aircraft carrier to the standard of China's Liaoning.

Admiral Kuznetsov's predecessors could work only with vertical or short takeoff and landing aircraft.

The Admiral Kuznetsov aircraft carrier, thanks to the presence of a springboard, made it possible for Russia to use conventional deck-based aircraft. In November 2016, the Admiral Kuznetsov took part in her first military operation against Syrian rebels.

The list of other worst aircraft carriers also includes the British Eagle, the French Bearn, the Japanese Kaga and the American Ranger. All of them were built before WWII.

It is worthy of note that the Russian aircraft carrier does enjoy an ill reputation in the West. In the autumn of 2016, when the Admiral Kuznetsov was crossing the English Channel heading towards the coast of Syria, The UK sent several warships to monitor the movement of the Russian vessel. One of those ships, the Duncan destroyer, was put into operation in 2013. However, two days later, the Duncan was towed to the port because of the "technical malfunctions." The Russian warship, however, continued its voyage successfully and overcame the distance of 18,000 nautical miles from October 2016 to February 2017.