Russian cosmonaut Sergei Ryazansky, who has recently returned from the International Space Station, said that open space has a typical smell of metal welding. 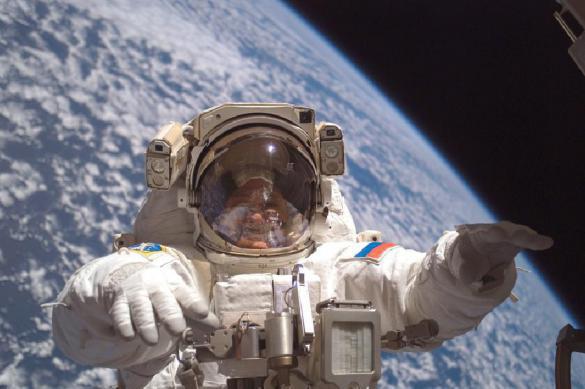 "The whole crew discussed what outer space smells like. To me, it smells like metal welding, such a specific smell," the cosmonaut said.

Ryazansky said at a press conference that astronaut Jack Fisher said that space smells like burning metal, which, in general, is close to welding. "For him, it was associated with the sensation in the nose when a train driver applies breaks abruptly: the smell of hot rail. Randy Bresnik compared the smell of outer space with mushroom soup, but we assumed that there is something wrong with his sense of smell. Most of us compared the smell of open space with burnt metal: it's specific, and you can not take it for anything else," Sergei Ryazansky said.

On December 14, Russian cosmonaut Sergei Ryazan, American and Italian astronauts Randolph Bresnik and Paolo Nespoli returned back to Earth in a landing capsule of the Soyuz MS-05 spaceship. The three men have spent 139 days in space.

It is worthy of note that scientists found living bacteria on the surface of the ISS. It is believed that the bacteria arrived from space, but they are most likely safe.

During spacewalks, cosmonauts swab from the outer surface of the Russian module of the ISS - in places of accumulation of fuel wastes ejected during engine operations, or in places where the surface of the station is more obscured. The samples are then delivered to Earth.

"It turned out that those swabs contained bacteria, but there were no such bacteria during the launch of the ISS module. They arrived from outer space and settled on outer cover of the ISS. They are being studied now, but it appears that they are not dangerous at all," Russian cosmonaut Anton Shkaplerov said.