Russian scientists find a way to look inside black holes

Russian scientists from the Steklov Institute of Mathematics at the Russian Academy of Sciences made a sensational discovery. They found a way to "look" inside a black hole, Dni.Ru reports. 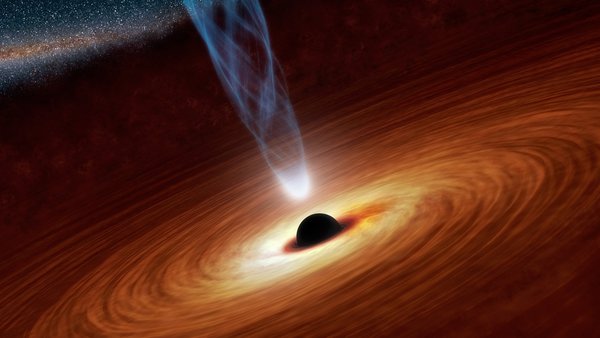 The method is based on the holographic principle. It is based on the theory which says that the quantum two-dimensional system on the boundary of uneven 3D space can be described by simple gravitational physics.

In other words, three-dimensional space with everything that happens inside, plays the role of a hologram that illustrates what is happening directly in our physical system.

The scientists believe that  a black hole may contain an analogue of thermodynamic equilibrium, which can be seen "in the "common" universe. An experiment can prove their theory: one needs to collide particles cooled to absolute zero. If such particles exist inside magnetic traps, they, when irradiated, will behave similarly to the content of black holes.

Earlier, it was reported that US scientists discovered a supermassive black hole at a distance of 13 billion light years from Earth. This black hole was formed 690 million years after the Big Bang and is part of quasar J1342 + 0928, which is the nucleus of a nascent galaxy.