Humanoid robot to board Russia's new spaceship for experimental spaceflight

Humanoid robot Fyodor will be the first one to test Russia's new prospective spaceship known as Federation. The flight is believed to take place in late 2021. 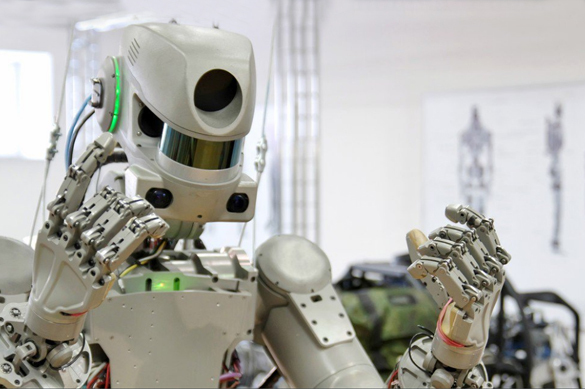 Fyodor was designed by specialists of Android Technology and the Foundation for Advanced Studies. The idea of the robot belongs to the Ministry for Emergency Situations of Russia.

The spaceship with the robot on board will spend one day in an autonomous flight, during which an operator will conduct three 30-45-minute experiments to remotely control the robot from Earth.

Fyodor will simulate functions of a pilot to control the spaceship. If the first flight is successful, the robot will be used afterwards for technically complex and long-term works outside the spaceship.

Before the robot flies into space, he will have to undergo a variety of tests on Earth. For example, the robot will spend some time in a thermo vacuum chamber, in which cosmic influences can be imitated.

Russia's Federal Space Agency Roscosmos announced the date of the launch of the new Federation spaceship this spring. The first unmanned flight will be conducted in 2021, whereas the crew will board the Federation to fly into space two years afterwards.