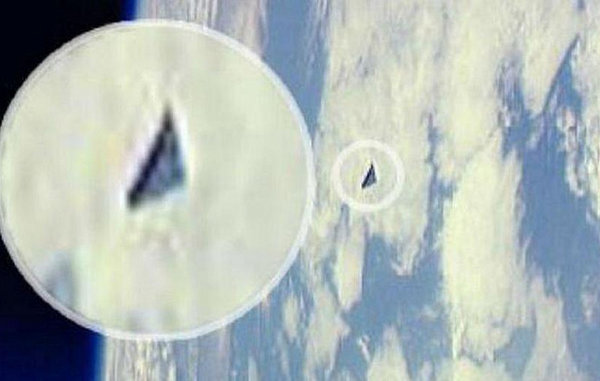 NASA exposed photographs  of an unidentified flying object that were taken about 30 years ago.

In the photo, ufologists saw a strange triangular object in Earth's orbit. The photo was taken by an astronaut on a hand-held camera.

According to experts, having exposed the photograph, NASA has recognised the existence of extraterrestrial creatures. At the same time, the photo may depict a piece of space debris.