12:51
Medvedev: Ukraine as a state to be devastated, go bankrupt and be turned into colony
19:57
Russia will use all of its military potential to counter Western arms supplies to Kyiv
18:34
Biden changing strategy on Ukraine to reach diplomatic solution with Russia
17:36
Consequences of NATO's possible supplies of fighter jets to Ukraine get clear
15:16
Ukrainian forces suffer heavy losses while trying to cut across Dnieper
13:35
USA's next step is to suppress European economies
12:52
Victoria Nuland turns herself in about Nord Stream blasts
12:28
Moscow wants to push Ukrainian troops away from Russian territories
19:55
US eco activist arrested for walking calf on Red Square 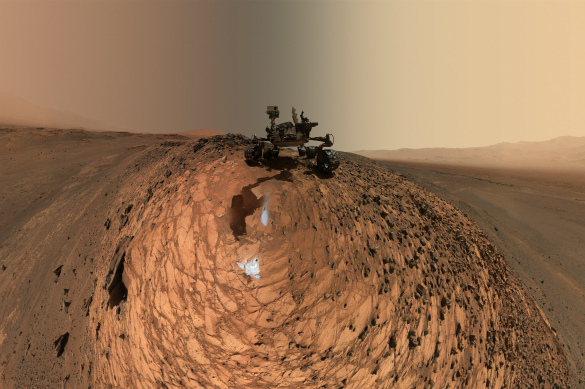 Ufologists saw buildings and fences of an ancient city on the Red Planet, Gazetadaily reports. Some could see a statue with a spear in its hands. However, scientists believe that the video and the photos show only common rocks. According to experts, the rocks acquired intricate shapes due to atmospheric pressure on Mars.