Swift-Tuttle Comet may ram into Jupiter

Jupiter is known as the largest planet of the solar system. The gravity of the gas giant attracts comets that fly near the planet. Obeying Jupiter's incredibly powerful gravitational field, comets fall on the planet one after another. 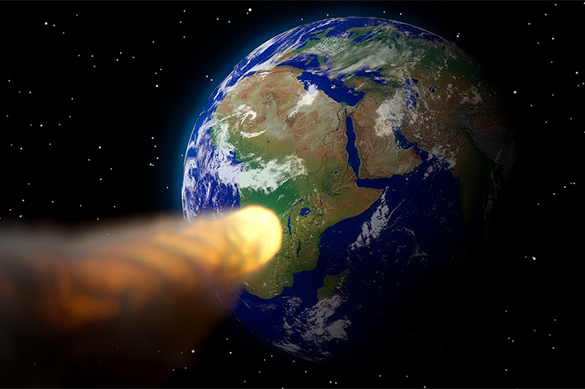 Jupiter's property to attract comets hides a potential danger to the Earth: the giant may alter orbits of small celestial bodies, which may pose a threat to our planet.

For example, what may happen if Jupiter changes the route of Swift-Tuttle Comet. The comet is known as a source of meteorites, but it does not pose any threat to the Earth for the time being.  However, should Jupiter's "gravitational impact" change comet's orbit, it may put our planet in danger, astrophysicist Ethan Siegel of the US National Aerospace Agency believes. Jupiter may change Swift-Tuttle Comet's orbit in about 2,500 years.

The diameter of Swift-Tuttle Comet is almost four times the size of the asteroid that killed all dinosaurs 65 million years ago. Therefore, the comet, which gives us the pleasure to enjoy the view of Perseid meteors every August, may destroy life on Earth instantly should it ram into our planet.

The last time when Swift-Tuttle Comet flew by the Sun was in December 1992. The comet will return to the Sun in July 2126. Perseid meteors had been particularly active for several years close to 1992. For example, in August 1993, observers from central Europe recorded between 200 and 500 meteors per hour.