NASA has unveiled a new photo of Saturn made by Cassini satellite. The new photo shows both the southern polar glow of the gas giant and the sunrise. 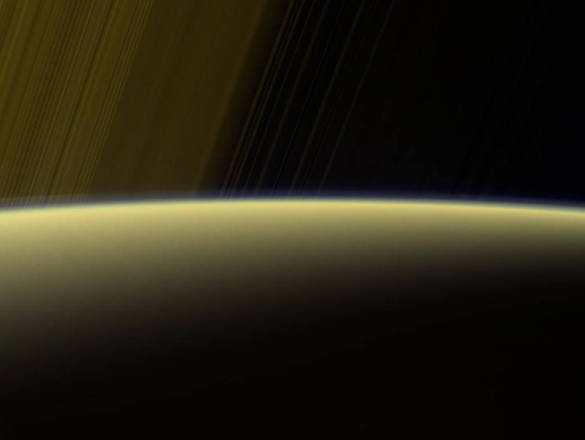 The photo was taken from an altitude of about 1.25 million kilometers. The image uses the  "false color" technology - in which superimposed images are received through red, green, and ultraviolet spectral filters.

The Cassini research module is a joint project of NASA, the European Space Agency and the Italian Space Agency. The spacecraft was launched on October 15, 1997. The Cassini reached Saturn on June 30, 2004 having thus become the first artificial satellite of the gas giant.