An international group of scientists discovered remains of a pliosaur on the bank of the Volga near the city of Ulyanovsk. A comparison with other relics of plesiosaurs showed that different species of marine reptiles had developed similar external features independently, Current Biology reports. 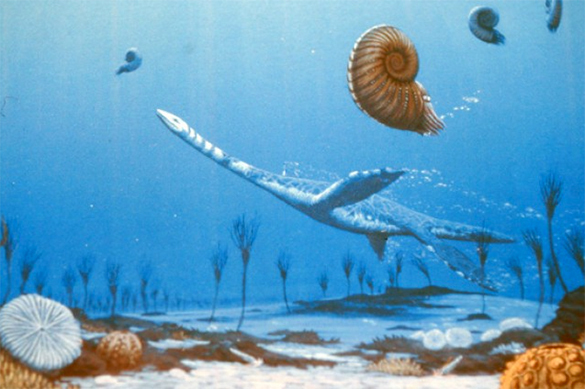 According to experts, a large marine reptile is called Luskhan itilensis ("the main spirit"). The lizard  lived in the Early Cretaceous, 130 million years ago. A group of reptiles lived next to dinosaurs, and their remains can still be found on the territory of ancient seas.

It is worthy of note that Russian paleontologist Gleb Uspensky found a full skull of Luskhan itilensis 15 years ago by.

Scientists say that the results of the research will be important for understanding why those lizards managed to survive mass extinction at the end of the Jurassic period.