Cape Chameleon collapses into the sea in Crimea. Video

The video of the rare natural phenomenon was published by member of the Yalta City Council Sergei Efanov. On May 2, he was resting with his son in Koktebel and decided to videotape local landscapes. According to Efanov, he had a premonition of something to happen, although everything was quiet, except for the wind. 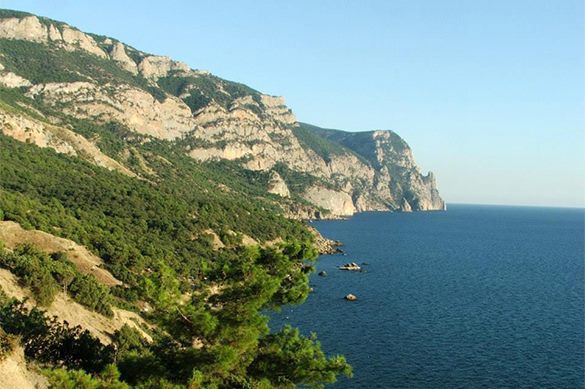 "Huge masses of rock collapsed into the sea, raising clouds of dust and water splashes in the air," the author of the video said.

Cape Chameleon is an earthen ledge that separates the Bay of Koktebel from the Quiet Bay near Feodosiya. The cape was formed as a result of emission of ashes from the erstwhile active volcano of Karadag.

Cape Chameleon was named so owing to its ability to change color depending on the viewing angle. From whatever side you look at Cape Chameleon, it will always be a different color.