AirAsia: Was it a stall? 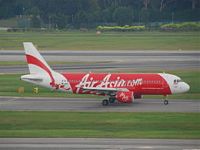 AirAsia: Was it a stall?

The AirAsia flight QZ8501 which crashed on December 28 into the Java Sea killing all 162 people on board, might have been caused by aerodynamic stall, according to experts who have analyzed radar data from the final moments of the flight.

The assumption comes after it was revealed that the pilots asked permission to climb to avoid storm cells en route from Surabaya, Indonesia, to Singapore and is based also on the fact that the aircraft appears to have been flying at 11,000 feet and was climbing at 654 km/h, well below its normal cruising speed.

Could it be that the pilots pushed the nose up but with insufficient thrust, sent the aircraft into an aerodynamic stall, as was the case with the Air France 447 en route from Rio de Janeiro to Paris in 2009?