At the 225th meeting of the American Astronomical Society in Seattle, Washington it was revealed today that NASA has discovered eight new Earth-like planets which orbit their Suns at a habitable distance, called the Goldilocks Zone. 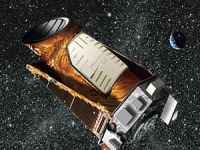 The orbiting distance is considered one which might support water and even living ecosystems. The new planets were discovered by the Kepler telescope, launched in 2009 and which has since examined 150,000 stars, finding a total of 4, 175 potential Earth-like planets.

NASA stated: "Three of the newly validated planets are located in their distant suns' habitable zone, the range of distances from the host star where liquid water might exist on the surface of an orbiting planet".