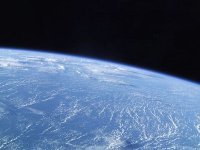 "The analysis allows to forecast the trajectory of fragments of Kosmos-1441 exiting from Earth's orbit on November 8, 2014. The fragments of the spacecraft will fall into the Pacific Ocean. The final date and the site of the fall are subject to change under the influence of external factors," the official said, TASS  reports.

According to him, as of November 6, the spacecraft was staying in Earth's orbit  on the following parameters: orbit time - 88 minutes, inclination - 81 degrees, apogee altitude - 215 km, perigee - 204 km.

Soviet spacecraft Kosmos-1441 was launched on February 16, 1983 from Plesetsk cosmodrome on board the Vostok rocket. Its active orbit life ended in February 1984.