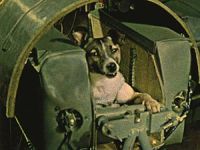 On the 12th of April each year, Russia celebrates Cosmonauts Day. On this day in 1961, the famous Soviet cosmonaut, Yury Gagarin, went on the first manned space flight aboard the Vostok spaceship. He achieved a complete orbit around the Earth.

Other famous Soviet cosmonauts are Valentina Tereshkova, the first woman in space, and German Titov the world's youngest cosmonaut.  Russia has remained the world's top country in the space sector until today.

During his visit to Blagoveshensk, President Vladimir Putin said that he was proud of Russia's unique role in the exploration of outer space. The Russian space industry will receive 1.6 trillion rubles until 2020, to develop further space products. The volume of the market has reached $300-400 per year.