First GLONASS station outside Russia to be launched in Brazil

Officials with the Federal Space Agency stated that the first foreign ground station of differential correction and monitoring will be launched in the Brazilian capital on Tuesday. The station will become the first correction point in the Western Hemisphere. 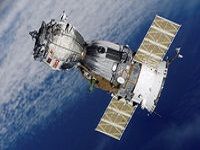 According to Roscosmos, Russia has already launched several of such stations. They provide precise positioning in the northern hemisphere. To improve the accuracy of navigation signals, additional stations are needed, including those in the Western Hemisphere. The station in Brazil will be included in the GLONASS navigation system, which is an alternative to GPS. Initially, the Russian navigation system was developed exclusively for military purposes, but subsequently became in demand in civil navigation.

GLONASS stations are to be installed in the U.S.. This will improve the accuracy of the system. In general, stations like these are planned to be located in more than 30 countries of the world. Most of the countries that received the offers for the installation of the stations responded positively. However, the process is slow because of the need to conclude appropriate intergovernmental agreements. The documents with Brazil were signed in 2012. Agreements with Spain, Indonesia and Australia are to be finalized soon too.