In California, a meeting of the American Astronomical Society was held to expose the unexpected results of the work to determine the mass of the Milky Way Galaxy. According to scientists, the mass of our galaxy is twice as less as was previously assumed. 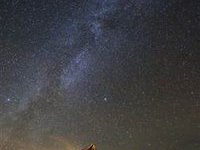 As a rule, in the calculations, researchers proceed from the speed of rotation of galaxies at a distance of about 45,000 light years from the center. Afterwards, they compare the results with theoretical concepts about the location of the dark matter.

The scientists, having made the public statement on the new weight of our galaxy, added that the new data did not claim to be definitive. The reason is simple. To date, all calculations are approximate, containing a number of assumptions.