Ebb and Flow gravity probes have crashed onto the Moon after fulfilling their mission. The crash site was named after first American female astronaut Sally Ride. 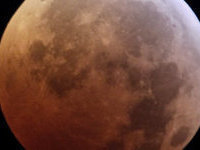 NASA has thus completed the GRAIL mission to study the gravitational field of the moon. The mission cost the U.S. $496 million. It started in September 2011, when two space probes were launched to the Earth's satellite.

Owing to the probes, scientists have received an accurate map of the gravitational field of the moon. They will use the map to find out the details of the internal structure of the moon and check several hypotheses about the birth and evolution of the natural satellite.

Not that long ago, the probes ran out of fuel and could go out of control any moment. NASA decided to down the twin probes by crashing them into the Moon. The probes were flying at a speed 1.7 kilometers per second and crashed one after the other with a difference of half a minute.

"The engineers of NASA's Jet Propulsion Laboratory in Pasadena received a confirmation saying that the probes had completed the collision with the Moon," officials with the U.S. space agency said.

Noteworthy, a similar fate is in store for the European Space Telescope Herschel. One may say that humans gradually turn the Moon into an extraterrestrial landfill.