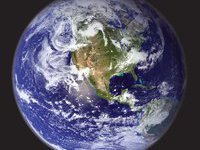 An asteroid the size of about 30 meters will fly near Earth at a distance of about 88,000 kilometers on Friday, October 12.

The Minor Planet Center of the International Astronomical Union said that the astronomers of Pan-STARRS observatory in Hawaii first observed the celestial body, called 2012 TC4, on October 4th. According to scientists, the size of the asteroid may range from 9 to 28 meters. If so, in this case it is better to refer to the celestial body as a meteorite, rather than an asteroid.