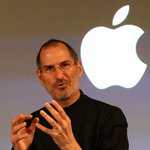 With the Apple CEO Steve Jobs having taken the wraps of the much-rumored iPad 2 at a recent media event, industry watchers who had speculated that the second-generation iPad will be more of iPad 1.5 rather than a full-fledged iPad 2 were apparently right!

In fact, despite all the hype attached to the iPad 2 unveiling event, Apple has chiefly made two main additions to the iPad 2: the front-facing camera to facilitate video conferencing and the HDMI connection,

Apple revealed the iPad 2 yesterday, announcing that it would ship on March 11 in 26 countries, followed by more on March 25. Apple announced that the pricing of iPad 2 models would reflect those of the iPad 1 models. However, the iPad 1 models are dropping in price by a hundred bucks, TopNews United States reports.

Given that the original iPad really hasn't been out that long yet, and Apple really wants people to get the new version, they're reportedly offering to refund the price difference to consumers who already purchased the first iPad.

UK-based ElectricPig, which spoke with the comnpany, reports, "We were assured by Apple's sales team that Apple would just refund the £100 price difference, without any complicated returns and exchanges, so you can take advantage of the price drop on the original iPad. Good news! The catch is that you'll need to be within the 14-day returns window, which doesn't leave much wiggle room for those outside of that window. You'll also need your receipt," according to WebProNews.