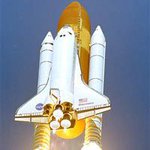 NASA is eking out as much extra flight time as possible for space shuttle Discovery and its crew. This is Discovery's final voyage and it will now last 13 days.

On Thursday, NASA added another day to the mission, which already had been extended a day. Mission managers want the six shuttle astronauts to help unload the new storage unit that was delivered to the International Space Station by Discovery. They will continue the work Friday, according to Washington Post.

During the mission, the crew is to deliver and install the Permanent Multipurpose Module, the Express Logistics Carrier 4 and provide critical spare components to the International Space Station.

STS-133 is shuttle Discovery's 13th and final docking to the space station. After this mission, the shuttle will be retired and placed in a museum. According to NASA, Discovery has flown 38 missions to date - more missions than any other shuttle - and made more than 5,600 trips around the Earth, RIA Novosti reports.