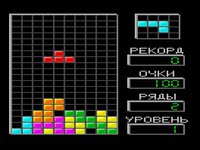 The video game Tetris has proven to be effective in treating post-traumatic stress disorder by reducing flashbacks of traumatic memories.

That's the finding of a study out of Oxford University, published this week in PloS ONE.

For the experiment, the researchers had 60 subjects watch a movie with images of traumatic injuries, an established method of studying effects of trauma.

For 30 minutes after the film, 20 of the subjects played Tetris for 10 minutes. For the Nintendo-deprived, Tetris is a puzzle game in which players try to fit falling blocks of varying shape in the most space-efficient manner. Another group of 20 subjects played Pub Quiz, a video quiz game. The third group of subjects did nothing.

Our latest findings suggest Tetris is still effective as long as it is played within a four-hour window after viewing a stressful film," said Dr Emily Holmes of Oxford University's Department of Psychiatry.

"Whilst playing Tetris can reduce flashback-type memories without wiping out the ability to make sense of the event, we have shown that not all computer games have this beneficial effect - some may even have a detrimental effect on how people deal with traumatic memories," according to TG Daily.