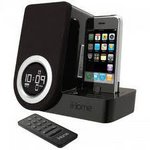 Owners of Apple's iPhone were given an extra hour in bed this morning after a glitch in the gadget failed to set the alarm clock off on time.

Apple suffered the latest in a series of problems with its iPhone after the alarm failed to readjust to allow for the clocks going back over the weekend. As a result, owners' smartphone alarms went off an hour later than they should have this morning, Daily Mail says.

Apple has not officially commented on the issue, though the company did apparently pledge to roll out a software update when the bug struck in Australasia in October.

Scores of over-sleepers from across Europe took to Twitter to vent their frustration. "iPhone alarm bug made me wake up late," tweeted Saghul. "Alarm issues this morning with an iOS 4.1 iPhone," tweeted Conor Mulhern. "It went off exactly an hour late. Glad it may not have been just me.", Telegraph reports.