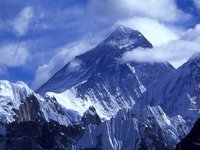 A wireless provider announced that it successfully launched 3G, high-speed Internet services for those attempting to climb to the top of Mount Everest.

Ncell, a subsidiary of the Swedish telecom company TeliaSonera, said the network will operate up to its 17,000 square-foot base camp-the last gathering stop before the final ascent to the top of mountain.

There will seven 3G base stations in the region, which will allow the trekkers to use wireless Internet and to make video calls, New York Daily News reports.

Thousands of trekkers from all over the world walk to the base camp every year. Hundreds of mountaineers go further up the slopes of the peak to the 29,035-foot (8,850-meter) summit.

NCell official Pasi Kostinen said they hope to soon expand the service in the region, where a few thousand people live and 30,000 visit each year.

NCell is a private company based in Nepal. The majority of its shares are controlled by foreign investors, with TeliaSonera having the largest stake, according to The Associated Press.