Facebook said on Tuesday that it has blocked users in Pakistan from accessing the 'Everybody Draw Mohammed Day !' page on its site out of respect for local standards and customs. 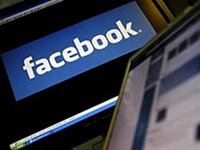 The Web site adopted a similar approach in India about a week ago when it was approached by Indian authorities in connection with the page, which has annoyed Muslims in many countries, PC World reports.

Justice Ijaz Chaudhry of Lahore High Court adjourned proceedings in the case related to the blocking of Facebook till June 15 and said he would review his decision on that date.

“I am not closing this case,” he said.

The judge asked Deputy Attorney General Naveed Inayat Malik to inform the court on June 15 whether any websites, including Facebook, had again uploaded any blasphemous material, The Hindu informs.