A discovery at a fossil site in South Africa made public on Thursday signals a new ancestral addition to the hominid species — one that may prove to be the origin of modern humans from apes. 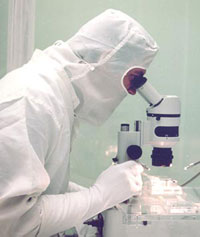 The nearly two million-year-old fossil, dubbed Australopithecus sediba, is being described as a new species of hominid, which is defined as a primate of a family that includes humans and their fossil ancestors.

It also might prove to be the link between "ape-man" and the first known human species, says Prof. Lee Berger from the University of the Witwatersrand in Johannesburg, Montreal Gazette reported.

"These fossils give us an extraordinarily detailed look into a new chapter of human evolution and provide a window into a critical period when hominids made the committed change from dependency on life in the trees to life on the ground," said Lee R. Berger of South Africa's University of Witwatersrand. "Australopithecus sediba appears to present a mosaic of features demonstrating an animal comfortable in both worlds."

Berger and colleagues describe the find in Friday's issue of the journal Science.

Modern humans, known as Homo sapiens, descended over millions of years from earlier groups, such as Australopithecus, the best-known example of which may be the fossil Lucy, who lived about a million years before the newly discovered A. sediba.

Berger said the newly described fossils date between 1.95 million and 1.78 million years ago.

Some have characterized the find as a "missing link," but that is a concept no longer accepted by science, The Associated Press repoted.