Seven cities in China  declare war to secondhand smoke. The real measures will be expressed in creating legislation on stopping smoking at public venues and workplaces. 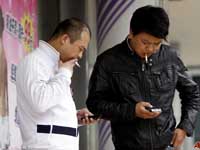 Under the project, jointly held by the Chinese Center for Disease Control and Prevention (CDC) and the International Union against Tuberculosis and Lung Disease(UNION), the cities - Tianjin, Chongqing, Shenyang, Harbin, Nanchang, Lanzhou and Shenzhen will implement a smoking ban in public and in workplaces.

Currently, smoking is allowed in certain areas in public places, and experts said the enforcement of smoking bans is poor.

Apart from 1 million smoking-related deaths each year in China, passive smoking causes around 100,000 deaths annually in the country.

Xie Zhiyong, professor with the China University of Political Science and Law, said by weighing the benefits and risks of tobacco, the country should take bolder steps in smoking and tobacco control.

Official statistics show smoking costs the nation more than 252 billion yuan ($37 billion) each year in medical costs, fire and environmental pollution, far beyond the tax revenue generated from the industry.

At present, health administrations are in charge of enforcing smoking bans in public places, which are usually poorly staffed, according to Xie.

Besides, some local governments count heavily on the local tobacco industry as a major source of tax revenue, which as a result makes smoking more difficult to control, he said, adding that tobacco companies are all State owned in China.

Smoking control might be the first step towards tobacco control, which needs support from the decision maker, the legislature and the media, he added.

China Daily has contributed to the report.