U.S. Ranks First in Science, Other Countries Getting Closer

The U.S. remains the world's science and technology leader, but other countries are gaining ground, the National Science Board said Friday in its biennial report on science and engineering. 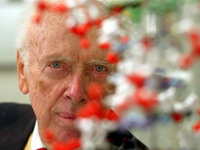 U.S. Ranks First in Science, Other Countries Getting Closer

The U.S. accounted for nearly a third of $1.1 trillion spent on research and development globally in 2007, minted more science and engineering doctorates than any other country, and led the world in innovative activity. Efforts by China and other developing Asian countries to boost their science and engineering capabilities are bearing fruit, however, and the gap between them and the U.S., though still wide, is narrowing.

For the 10 years ending in 2007, the most recent year for which the data were available, spending on research and development grew between 5% and 6% annually in the U.S., Japan and the European Union. Similar spending in India, South Korea and Taiwan grew an average 9% to 10% a year over the same period. In China, it averaged more than 20%.

The U.S. awarded 22,500 doctorates in natural sciences and engineering in 2007, but more than half of them were awarded to foreign nationals. Past experience suggests that rather than return to their native countries, many of those new Ph.D.s will stay in the U.S.

The report noted that 60% of temporary visa holders who earned doctorates in science in engineering in 1997 were working in the U.S. in 2007. The National Science Board is the advisory body of the National Science Foundation, an independent U.S. government agency.

Despite China's strides, researchers in China accounted for only about 1% of U.S. patents granted in 2008. Inventive activity in China "appears elusive, at least as indicated by patents filed in a major Western market," despite Chinese government efforts, the report noted.