Adobe Systems Was Faced with a Threat

Adobe Systems, a top maker of design software, said on Wednesday it had suffered a sophisticated and coordinated cyber attack and was carrying out investigations. 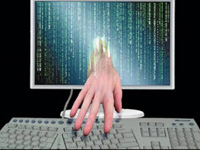 Adobe Systems Was Faced with a Threat

"Adobe became aware on January 2, 2010 of a computer security incident involving a sophisticated, coordinated attack against corporate network systems managed by Adobe and other companies," the firm said in a blogspot here

Adobe's announcement comes hours after U.S. search giant Google Inc  said it may pull out of China because of censorship and cyber attacks on rights activists.

Google said the attacks took place in mid-December and affected 20 other big corporations.

Adobe said it was in contact with the other companies involved and was investigating the attack. It did not provide details on where the cyber attacks originated from but added that no sensitive information was stolen.
Reuters has contributed to the report.