The rescue of a Nevada couple stranded for three bone-chilling nights on a snowy backroad in eastern Oregon raises a question: is GPS unit  a perfect guide? 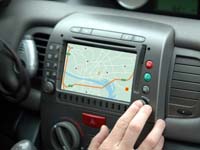 The answer, in a nutshell, is no. On a long trip, it's better back up the vehicle's global positioning system with maps, asking for directions and common sense, just like one would if the system didn't exist.

John Rhodes, 65, and his wife, Starry Bush-Rhodes, 67, were simply following the advice of their Toyota Sequoia's GPS  on their way home to Reno when it told them to take a turn they should not have taken, Klamath County Sheriff Tim Evinger told the reporters.

The couple was stuck for three days in the Winema-Fremont National Forest before a sheriff's deputy found them and pulled their four-wheel-drive equipped Sequoia out of the snow. The deputy located them because their GPS-enabled cell phone, not the vehicle system, put out a faint signal that authorities could use to find them. Thankfully, they were carrying extra food, water and warm clothes.

GPS can't always be trusted, says Jack Nerad, an editor for Kelley Blue Book and a GPS user both on land and sea. He says he can be sitting in his car in the KBB parking lot next to Interstate 5 in southern California "and start giving me directions as if I'm on the 5." Sometimes, he adds, the system is slow to react and he'll miss an important turn. Or it will go haywire when he comes to an intersection or fork in the road that presents multiple possibilities.

As an avid sailor, Nerad says he knows never to go to sea without a map to back himself up. The same applies to the road, he adds. "Having a map is a very good idea,"