With evidence mounting that Apple is racing towards an early 2010 introduction of its much-anticipated multi-touch tablet, the guessing game over what name the company will use to market the device has kicked into overdrive, with yet another candidate surfacing this week in "iGuide." 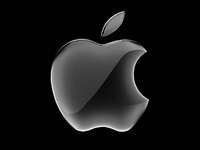 It was reported last week that Apple set up a shell company by the name of Slate Computing, LLC three years ago in an effort to secure a trademark on the term "iSlate" without drawing the attention of its competitors and the media, similar to what it had accomplished through the shell company Ocean Telecom in regards to the "iPhone" mark.

Slate Computing, in addition to owning the iSlate mark, is also the listed register of the trademark on "Magic Slate." Both terms seem well-suited for an Apple tablet that would resemble a device akin to a jumbo iPod touch.

In particular, the former stands out as the most likely contender given that the editor of rumored Apple tablet content provider, the New York Times, made mention of an "impending Apple slate" during a presentation to the newspaper's digital staff two months before word of Apple's involvement with Slate Computing was brought to light, Apple Insider reports.

If e-readers are the hottest new gadget these days, tablets are close behind (and at some point it's likely these two categories of device will merge).

Over the weekend someone uncovered that Apple had registered islate.com a few years ago, and from that info the blogosphere seems ready to assign the name iSlate to the much-rumored device. We'll see. But Venture Beat's Paul Boutin makes a good case for this device being targeted at e-books. Apple has made great strides in selling music, tv and movies through the Apple Store (not to mention iPhone apps, of course) but so far they've only dabbled in e-books. With Amazon and to a lesser extent Barnes & Noble starting to gain traction in the e-book space, Apple needs to move quickly to get its slice of that pie. Once a consumer buys an e-reader and builds a library of e-books that will only display on that reader, it's going to be hard to sway them over to a competing system. Presumably Apple sees every Kindle sold as a lost potential e-book customer, ITworld.com reports.

Though Apple hasn't released any details about its tablet, analysts who have been briefed on the device say it will run apps like the iPhone and iPod Touch do, but the tablet will be better suited for watching movies and reading. According to a New York Times report, Apple will unveil a tablet on Jan. 26.

"The Apple tablet will have a beautiful user interface, it will have a pleasing aesthetic and will be marketed well," said Chris Collins, senior consumer research analyst at Yankee Group. "But at the end of the day, we're still talking about a smart phone with a bigger screen."

Collins anticipates the tablet will initially take off with lots of excitement, but ultimately he expects it will help accelerate innovation in smaller gadgets, like smartphones, and bring down prices for PCs.

Such was the fate of netbooks. Shipments of the mini, ultra-portable notebook computers soared in 2008 and earlier this year. However, sales have cooled off as full-sized notebook prices dropped, and smart phone performance grew, according to John Jacobs, NPD Group's director of notebook market research. As a result, NPD expects netbook shipments to grow just 19% in 2010, CNNMoney.com reports.