A senior vice president at Google has delivered his thoughts on the meaning of openness - sometimes it seems to mean closed. 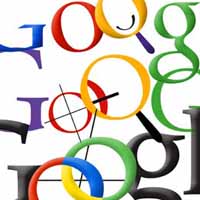 Jonathan Rosenberg, who presides over product management at the Google, said in a blog posting that open systems win. But he does confess that in the industry there is no clear definition of what open really means.

Apparently, during meetings, some people say that Google should be more open while no-one really knows what open means.

So he's attempting a definition of "open" that also includes "closed".

As often happens in these discussions, the subject of railroad tracks comes up - there were originally seven different track widths - but there was no standard until the railway companies bit the bullet and agreed on one width.

Sometimes, as a colleague says, originality of stories count for roughly nothing. "Monkeys and typewriters spring to mind. To rate the success or failure of a mag on Google News is like describing architecture using the medium of dance."

Basically, Google is saying it will only be open when it doesn't hurt it, according toTG Daily' report.