Wednesday Microsoft's new Bing app debuts in the App Store, bringing the many facets of Web search supported by the company's Bing search engine to the tips of your fingers. 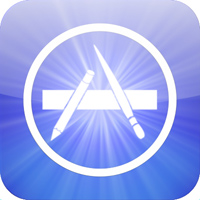 The app, which is available free of charge, supports straight Web searches (and even provides suggestions as you type search terms), as well as other specialized queries supported by Bing, such as images, videos, maps, business locations, and news.

Despite the fact that Microsoft has made no distinction between Bing (the app) and Bing (the search engine), its new offering is a full-fledged native app that takes advantage of the iPhone's geolocation capabilities to provide access to local searches. Like its major competitor, the recently-updated Google Mobile App, it also supports voice searches, although these seem to be a little crash-prone. The app's map interface provides several useful tools, including local traffic and step-by-step directions.

If you're thinking that Microsoft publishing an app for the iPhone is a sign of the coming Apocalypse, it's worth noting that Bing is not Redmond's first foray into Apple appdom: the software giant has previously released Seadragon Mobile, which enables iPhone users to explore photographs using the company's Deep Zoom technology, PC World reports.

It was also reported, the application includes voice search for both map locations as well as old fashioned Web search. Just like the Web version, Bing automatically finds your location and helps you find the nearest restaurants, banks, theaters, and so on, in addition to giving you walking or driving directions. There's also smooth map panning and zooming (Microsoft uses its Seadragon technology for some of this) with a zoom-out button when you only have one hand free and can't pinch, image search with endless scrolling results (also works for any search result) that includes image previews you can flick through and click through to the host site, plus other Bing features like movies, news, and flight status.

The mobile version is actually remarkably similar to the Web version: the home screen even shows the Bing image of the day, complete with clickable hotspots to discover related trivia. If you're wondering, yes, the Safe Search settings can be changed on the mobile version to make sure all your more-questionable search queries work well, Ars Technica reports.

In the meantime, despite the presence of its own mobile operating system, Windows Mobile, Microsoft has spent 2009 porting a good deal of branded mobile applications onto rival’s devices. On Aug. 12, Microsoft and Nokia announced a deal to load a mobile version of Microsoft Office onto Nokia smartphones, starting with the Nokia Eseries.

While that alliance would allow both companies to compete more aggressively against Research In Motion, certain analysts viewed the move as a retreat on Microsoft’s part from its original plan of going it alone in the mobile arena.

"I see [the Nokia agreement] as a tacit admission from Microsoft that WinMo [Windows Mobile] hasn’t made the grade," Nick Jones, an analyst with Gartner, wrote in a blog post following the joint announcement. “Imagine you’re [Microsoft CEO] Steve Ballmer, and in two years' time WinMo was still fourth in smartphone market share. How much longer do you keep throwing money at it?" eWeek reports.