Facebook has come under fire from security experts after fresh updates for its privacy tool last week. The experts believe that the update has left a gaping hole for hackers to access private data of millions of Facebook users. 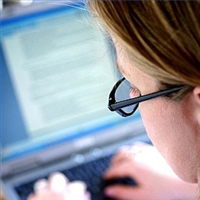 The world’s most popular social networking site had offered a whole bunch of security updates, in an attempt to enhance the security features present on the website. The new updates claimed to provide the users with the ability to control who gets to view their profile and who doesn’t.

When the updates were activated, users who logged on were served with a prompt that asked them to update their privacy settings. They were given an option to share their profile and status with ‘friends’, ‘friends of friends’ or ‘everyone’, ITProPortal reports.

It was also reported, Facebook had just "exchanged" to Google and Microsoft something that didn't exist.

The vast majority of Facebook users restrict updates to their friends, and do not expect those updates to appear in public search results. (In fact, many people restrict their Facebook profile from appearing at all in search results).

Coincidentally, Facebook presented its 350 million members with a new default privacy setting last week. For most people, the new suggested settings would open their Facebook updates and information to the entire world. Mr. Schnitt says the new privacy suggestions are an acknowledgement of "the way we think the world is going," The Wall Street Journal reports.

News agencies also report, both Facebook and Google understand that user confidence is an important aspect of their business and that privacy plays a significant role in that. Of the two companies, I think Google is probably better thought out in its privacy practices, but also consider it the more threatening of the two in terms of the information it has on hand that users might not be aware of.

Ultimately, legislation is probably needed to establish uniform privacy principles and practices, but that is beyond this discussion.