Monday Apple Inc. apologized for delays in shipping its iMac desktop computer. The company says orders were about two weeks behind. 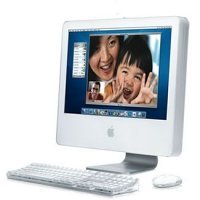 The 27-inch desktop computer went on sale in October starting at $1,699 and has reportedly been among the consumer electronics giant's strongest sellers.

But despite strong sales, the machine has been hit with complaints that its display malfunctions. According to The Wall Street Journal, posters on Apple message boards have complained that the computer has arrived with the screen broken or cracked, FOXBusiness reports.

It was also reported, Apple says the delays are due to high demand for the all-in-one desktop computer, its largest model yet. "The new iMac has been a huge hit and we're working hard to fulfill orders as quickly as possible," Apple's official statement says. "We apologize for any inconvenience or delay in delivery this may cause our customers."

Predictably, Apple is not talking about those issues, but BroadPoint AmTech analyst Brian Marshall lays the blame squarely on ATI's graphics cards. "They should've stuck to Nvidia," Marshall told MacNewsWorld. Apple uses ATI cards in both its 27-inch iMacs and one of its 21-inch models, but only the larger models have been delayed. Marshall also questioned Apple's assertion that its flagship iMac is a huge hit, calling it a "low-volume product," PCWorld reports.

Meanwhile, Piper Jaffray financial analyst Gene Munster estimated in a research note to clients on Monday that Apple could sell 2.9 million to 3 million Macs for the current quarter, according to a report on AppleInsider. Munster cautioned that approximately 50 percent of all Mac sales for the quarter happen in December, so that number could change.

Mac notebooks saw a 5 percent increase for October and November, while iPod sales were down 11 percent year-over-year for the same time period, CNET News reports.