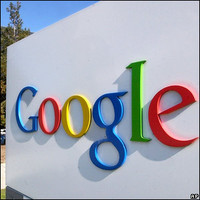 According to Google, social information is important to businesses whether you're developing a breakfast cereal or a marketing plan.
Enterprises want both web results and intranet results, according to Cyrus Mistry, product manager, Google Enterprise Search.

He said that integrating enterprise search with information "in the cloud", such as tweets, employees "can more easily leverage the wisdom of the crowd," TG Daily reports.

Cyrus Mistry, product manager for Google's Enterprise Search team, said even corporate workers want social information in their knowledge work diet. Twitter let users tell one another what is going on around them at that moment, making the results Google can surface in its GSA current and relevant.

Twitter results will appear to the right of the corporate search results, sitting right above related results, which GSA culls from the core Web search on Google.com.

Google offers Web results with the corporate results to help employees think differently about a particular topic and approach it in new ways, Mistry explained.

Turning the Twitter results on should take IT administrators no more than 15 minutes, and Google provides instructions for doing so. Admins have the flexibility to turn on tweets for only some users, all users, or let users choose whether they want to see the Twitter results by using a keyword trigger.

Meanwhile, most analysts say no -- a wave of change in online search world is breaking. According to Allen Weiner, an analyst with Gartner Inc., search has never really been static. That's been even less true since Microsoft and Google announced that they had both struck individual real-time search deals.

As a result, said Dan Olds, an analyst with The Gabriel Consulting Group, search is growing from something that served up the same search results to everyone to a service that's more individualized and more about images, video, tweets and posts. Search is starting to look much more like the dynamic online lives of its users.

"We're seeing a change in the nature of search," said Olds. "It's getting much more personal and granular. With these new capabilities, you can now pull up much more specific results that resolve down to a single - non-famous -- person or opinion."

"The competition between Microsoft and Google is driving a war of innovation and a constant 'upping the bar' in terms of features and function," added Olds. "I don't expect to see this change anytime soon, as Microsoft continues to attack and Google counterattacks. And the face of search is changing as a result," Computerworld reports.