The reported acquisition is the latest in the rapidly consolidating online music space. MySpace is acquiring iLike for $20 million and is reportedly buying Imeem, while sites Ruckus and SpiralFrog have shut down. 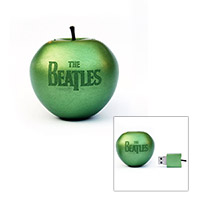 Published reports through the weekend said Apple had acquired Lala for an undisclosed sum. But as of Monday morning neither company had posted confirmation of an acquisition.

Lala, which reportedly has been struggling to become profitable, lets users listen to a song once for free then sells the song for 10 cents for a version that can be played online repeatedly or 79 cents for a downloadable version , ChannelWeb reports .

It was also reported, Apple made its first integration between the browser and iTunes in November, when iTunes Preview was quietly released. Links generated via iTunes direct to a Web site that gives customers the option to view content without launching Apple's desktop media suite. Previously, users who did not have iTunes installed were prompted to do so in order to view content.

Apple's purchase of Lala was confirmed last week, though the terms of the agreement have not been revealed. The private, Palo Alto, Calif., company has a catalog of over 8 million songs, and allows users to match songs on their PCs to its licensed content, and then play them anywhere on the Web through a browser. DRM-free songs can be downloaded for about 89 cents, while Web-only streams are about 10 cents.

"Lala also allows users to browse friends' collections, create/listen to playlists, & get updates when new or recommended music is added to their sites," Um said. "The service is similar to Apple's Genius feature except driven by real people (vs. algorithms)."

He believes that the purchase of Lala will widen Apple's "halo" that draws consumers to purchase Apple products. By allowing iTunes content to be more easily accessed across a variety of Apple-branded devices, the purchase could further future hardware sales , Apple Insider reports .

Meanwhile, on Monday, Ars Technica weighed in with some thoughts on why Apple made the purchase and what it will do with the company: “Apple has also been rumored to be testing a streaming service for video content; adding music to the menu seems like an obvious choice,” it said.

Looking closer at the situation reveals some interesting questions, Ars Technica went on to note: “If Apple is already testing a functional streaming service, there seems to be little need to buy an entire company to obtain similar technology. In fact, Lala uses Flash for wrapping its streams, andApple has been notably averse to using that software for just about anything.”

In addition, Ars Technica said that there could be hiccups with Lala’s streaming license, which is non-transferrable and currently US-only, so Apple would have to enter into new negotiations with the music industry, as well as navigate licensing agreements in the many countries in which it does business.

However, Ars Technica mused that Apple could have wanted Lala for its engineering talent, as was the case with its PA Semi acquisition. Lala’s terms of service don’t obligate it to keep its site or services running indefinitely, and a New York Times report last Friday said that Lala approachedApple about the buyout because it wasn’t about to become profitable any time soon, which means Apple could have made the acquisition without putting much of a dent in a cash hoard that’s currently north of $20 billion , The Mac Observer reports.