The button will allow children to report offensive, obscene and inappropriate material, and is expected to be taken on by a number of internet firms in an announcement due tomorrow from the UK Council for Child Internet Safety (UKCCIS). 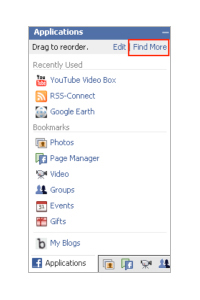 The introduction of the button to Facebook follows Bebo, which did the same last month after it was named one of the worst sites for bullying, according to a CEOP study.

A further 140 sites will be introducing the button.

Facebook has also set up a Safety Advisory Board, with members consisting of five internet safety groups including the UK-based Childnet International.

The board will discuss online security measures and best practices for the networking site.

The move confirms Facebook's commitment to security after it shut down a large number of sex offenders' accounts in early 2008 and then signed a national agreement to help protect children online later that year, Web User reports.

Meanwhile, the Sunday Times reported that Ed Balls, the schools secretary, and Alan Johnson, the home secretary, would unveil the voluntary code on Tuesday and that Gordon Brown might also attend the launch.

Websites which are moderated by staff are the focus of the new guidelines, particularly internet chatrooms, search engines and instant messaging services.

Further details are being working on by the UK Council for Child Internet Safety (UKCCIS) and these are due be published next summer.

The government also plans to launch an advertising campaign about using the internet safely. Parents will be advised to keep computers in areas where they can monitor their children’s use, Telegraph.co.uk reports.