Google Strains to be Profitable for Publishers

Google is  improving conditions for news publishers as it found a way to attract paying subscribers. 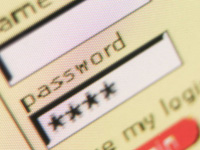 Google Strains to be Profitable for Publishers

The Web search giant said it would adapt its so-called First Click Free program to prompt online readers to register or subscribe to a news provider's site after reading five free articles from that publisher in a day.

Previously, the user's first click on any article would be free for an unlimited number of articles, provided the user did not click through any more links from any article.

Google said the update would allow publishers to focus on potential subscribers who were accessing a lot of their content on a regular basis.

Rupert Murdoch's News Corp had been reported to be considering removing its news from Google's web search results and to be talking to rival Microsoft search engine Bing about listing stories there instead.

News Corp already limits online access to its Wall Street Journal newspaper to paying subscribers, and plans to do the same for its Times and Sunday Times newspapers in Britain.

Many other news providers are also considering putting up paywalls around online content as a recession-led slump and structural changes in advertising mean they can no longer fund newsgathering operations from ad revenues.

Google's relationship with publishers who put news behind paywalls is complicated by the fact its web crawlers need to access the content behind the paywall to index it and make it discoverable by its search engine.

But its crawlers cannot fill in registration or subscription forms, leading to the potential for users to be shown different content from what the crawler sees, and hence encouraging users to click through to pages that are not what they expected.

Google also offers free previews of articles that publishers give it -- typically a headline and the first few paragraphs of a story -- and labels them as "subscription" in Google News.

It said on its blog post the ranking of such articles would be the same whether the articles were paid for or free.

"Paid content may not do as well as free options, but that is not a decision we make based on whether or not it's free. It's simply based on the popularity of the content with users and other sites that link to it," Google said.

Google said it would keep talking to publishers to refine its methods, according to Reuters' report.